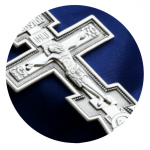 by St. Theophan the Recluse The Lord accomplished our salvation by His death on the Cross: on the Cross He tore up the handwriting of our sins; through the Cross He reconciled us with our God and Father; and through the Cross He brought down upon us grace-filled gifts and all heavenly blessings. But this is the Lord’s Cross itself. Each of us becomes a partaker of its salvific power in no other way than through our personal cross. When the personal cross of each of us is united with Christ’s Cross, the power and effect of the latter is transferred to us and becomes, as it were, a conduit through which every good gift and every perfect gift (James 1:17) is poured forth upon us from the … END_OF_DOCUMENT_TOKEN_TO_BE_REPLACED 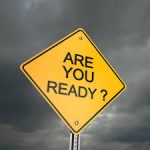 National Preparedness Month (NPM) is recognized each September to promote family and community disaster planning now and throughout the year. As our nation continues to respond to COVID-19, there is no better time to be involved this September. 2020 is the poster child year for preparedness, and who knows what the rest of the year will bring. Therefore, as a public service, we are encouraging all of our parish members, catechumens, inquirers, and interested visitors  - anyone and everyone - to take the time to make the most of National Preparedness month in their own households. Use this 'calendar' to complete your preps. Remember, it's better to have it and not need it, than need it and … END_OF_DOCUMENT_TOKEN_TO_BE_REPLACED 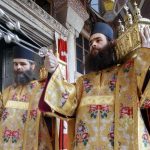 by Fr. Lawrence Farley When was the last time you heard a sermon or read an article or blog post on Romans chapter 16? Apart from Rom. 16:1, which describes Phoebe as “a diakonos of the church which is at Cenchrea” (the darling verse of those advocating the restoration of an order of deaconesses), most people pretty much ignore the whole chapter, which consists largely of a list of names of people in the Roman church to whom Paul sends greetings. Greet Prisca and Aquila, greet Epaenetus, greet Mary, greet Andronicus and Junia, greet Ampliatus. The list goes on and on, and most people give it no more attention than they do names in a phone book. As far as most people are concerned, the … END_OF_DOCUMENT_TOKEN_TO_BE_REPLACED 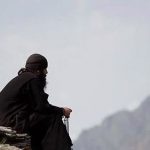 by Jonthan Zecher Acedia: the lost name for the emotion we’re all feeling right now With some communities in rebooted lockdown conditions and movement restricted everywhere else, no one is posting pictures of their sourdough. Zoom cocktail parties have lost their novelty, Netflix can only release so many new series. The news seems worse every day, yet we compulsively scroll through it. We get distracted by social media, yet have a pile of books unread. We keep meaning to go outside but somehow never find the time. We’re bored, listless, afraid and uncertain. What is this feeling? John Cassian, a monk and theologian wrote in the early 5th century about an ancient Greek emotion … END_OF_DOCUMENT_TOKEN_TO_BE_REPLACED 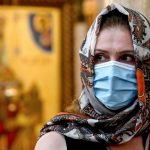 by Fr. Geoffrey Korz At every liturgy in the Orthodox Church, just before the singing of the Nicene Creed, the priest or the deacon intones the words, "The doors! The doors!" This call dates back to the earliest times, when the doors of the church had to be barred shut, to prevent outsiders (in those days, Roman soldiers) from entering the church, witnessing those who confessed the faith, seizing them, and killing them. Being a Christian was not safe. Centuries later, under the Muslim Turks, Crypto-Christians - those who lived publically as Muslims, but secretly as Orthodox Christians - attended Liturgy in secret churches, often hidden beneath secret doors in the floors of their own … END_OF_DOCUMENT_TOKEN_TO_BE_REPLACED