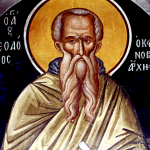 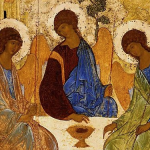 by John Nichiporuk We were recently asked the following question: “Why is it so wrong to say that the Spirit also proceeds from the Son, if He indeed is co-eternal with the Father? Understanding the complexity of this issue, causing argument for more than a thousand years, we will try to give a short answer to it, with no pretension to providing a complete coverage of this theological problem. Testimony of the Holy Scripture First of all, indeed, both Catholics and the Orthodox confess the co-eternity of the Holy Spirit and the Son with the Father, as well as Their consubstantiality and Their complete ontological equality. However, returning to the question posed, the co-eternity of … END_OF_DOCUMENT_TOKEN_TO_BE_REPLACED 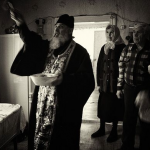 by Phyllis Meshel Onest Begin Everything with Prayer Since we are reminded in Scripture to begin whatever we do with prayer, it has been the practice of Orthodox Christians for centuries to have new dwellings blessed either before or just after settling in. This has been extended to one’s business or office, and even college dorm rooms. “The service performed by the priest to bless the new dwelling is somewhat similar to the consecration of a church [in the Russian practice] in that holy water, holy oil, and incense are used and a lesson from the holy Gospel is read. All the rooms of the house are sprinkled with holy water and each of the four outer walls are anointed with the sign of … END_OF_DOCUMENT_TOKEN_TO_BE_REPLACED 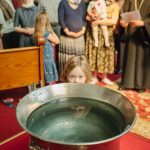 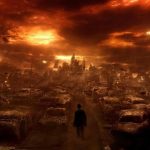 This article was included in all of our Christmas Newsletters this year. His Beatitude Metropolitan Onuphry of Kyiv and All Ukraine, believes that the Church has entered an apocalyptic era, he said during an interview recently, and many agree with him. Commenting on the introduction of electronic passports, gradual replacement of cash, the emergence of digital identifiers, as well as the possible complete control of the state over a person, Metropolitan Onuphry noted that “changes in the life of humanity in recent times indicate that we are entering a new historical era, which is called apocalyptic in the ecclesiastic language." At the same time, he says, in the future "the Church … END_OF_DOCUMENT_TOKEN_TO_BE_REPLACED