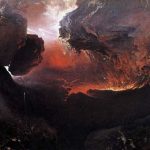 by Fr. Patrick Henry Reardon Adult converts to the Orthodox Church often remark on a sense of relief---not to say liberation---they felt when they became acquainted with Orthodoxy's teaching on Salvation. I have heard testimonies on this point times out of mind. These folks, coming mainly from Western Christian backgrounds, had previously thought about Salvation chiefly in forensic terms. They were accustomed to hearing the word "merit" a lot with respect to the Cross. Their former Soteriology might be summarized in Archbishop Cranmer's lines in The Book of Common Prayer, which declare that on the Cross Jesus Christ, "by his one oblation of himself once offered," made "a full, perfect, … END_OF_DOCUMENT_TOKEN_TO_BE_REPLACED