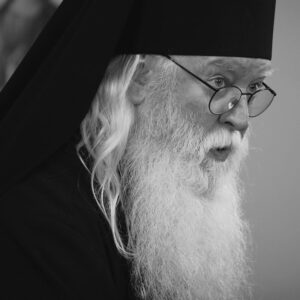 One of the most powerful reasons for embracing Orthodoxy is to be found in the Church’s insistence that she holds to the evangelical and apostolic doctrine of the Ancient Church. In an age when everything is up for change, there is a certain security and stability when one institution (the Church) stands firm in her Apostolic Authority, and refuses to allow popular culture or political correctness to influence her rightful role as hospital for the soul.

“It is not lawful to differ even by a single word from the evangelical and apostolic doctrine, or to think otherwise than as the blessed Apostles and our fathers learned and taught concerning the Holy Scriptures,” (Saint Leo the Great).

We know from the very foundations of the Church, set down in the Gospels, and in the Apostolic Canons, that the Church exists, not to judge, but to bring healing. Her mission is to make whole those who would enter into her gates, as entering into a hospital. She forces no one, for one who is forced is not open to healing. Yet the Church is also aware that sin is not really a private matter, for all sin affects everyone. She knows that even private sins have an effect on the whole of the cosmos. Therefore, the Church continues, as she has from ancient times, to give witness to the commandments of God, the hope that is found in the Gospel of Christ, and the forgiveness and healing that can lead to wholeness.

The Church may seem to be a backward looking institution, irrelevant for our times, a view that has caused many of the denominations to alter basic foundational teachings in order to please a more liberally leaning society. This has led numerous of the denominations to allow parliaments to enact laws that have forced these religious institutions to ordain women as clergy, perform same sex marriages, and bow down to modern views on abortion that have led to the death of thousands of innocents.

As an Orthodox monk who stands out in appearance, with my long white beard and black robe, I demonstrate that I am attempting to live a faith that is not of this world. Like all Orthodox clergy, I teach by my presence in a modern and fallen world, that my faith is an ancient one, and that change is not necessary, for the faith of our fathers is just as relevant today, as it was two thousand years ago. What the Church has to offer today, is just as effective in bringing about the healing of the soul, as in ancient times.

The sad state of American Christianity has as its basis, a constant attempt to conform to an ever changing society, and with each change, there is less and less of authentic, ancient Christianity to be seen. It could be compared to using an old family cake recipe, dropping one ingredient, or changing another, with each passing generation. In the end, is it really great great grandmother’s cake recipe, or is it something else?