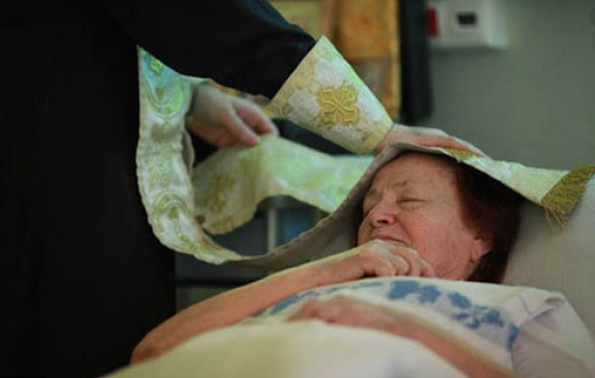 The second wave of influenza in the fall of 1918 was the worst yet. By the time Father Nicola Yanney reached Wichita, Kansas, a citywide quarantine was in effect. 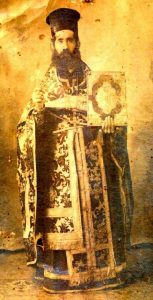 A 16-year-old girl had already died, creating a sense of panic. The missionary priest — his territory reached from Missouri to Colorado and from Oklahoma to North Dakota — couldn’t even hold her funeral in the city’s new Orthodox sanctuary. As he traveled back to his home church in Kearney, Nebraska, he kept anointing the sick, hearing confessions and taking Holy Communion to those stricken by the infamous “Spanish flu.”

After days of door-to-door ministry in the snow, Yanney collapsed and called his sons to his bedside. Struggling to breathe, he whispered:

“Keep your hands and your heart clean.”

He was one of an estimated 50 million victims worldwide.

A century later, many Orthodox Christians in America — especially those of Syrian and Lebanese descent — believe Yanney should be recognized as a saint. And now, as churches face fears unleashed by the coronavirus, many details of his final days of ministry are highly symbolic.

”Father Nicola got the flu because he insisted on ministering to people who had the flu,” said Father Andrew Stephen Damick, creator of “The Equal of Martyrdom,” an audio documentary about the man known as “The Apostle to the Plains.”

”For priests, there are risks,” said Damick. “But you cannot turn away when people are suffering and they need the sacraments of the church. You go to your people and minister to them. This is what priests do.” 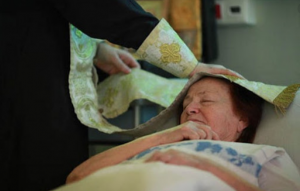 Few acts in ministry are as intimate as a priest huddled with a seriously ill believer, hearing what could be his or her final confession of sins. Honoring centuries of tradition, Christians in the ancient churches of the East also take Communion from a common chalice, with each person receiving consecrated bread and wine — mixed together — from a golden spoon.

With coronavirus cases increasing in Europe, the leader of the Romanian Orthodox Church urged his people to be careful — but to stay calm. The rules for receiving Holy Communion would remain the same.

”Hasty judgments must be avoided, and we must firmly reaffirm the Orthodox belief that the Holy Eucharist is not and can never be a source of sickness and death, but a source of new life in Christ, of forgiveness of sins, for the healing of the soul and the body,” wrote Patriarch Daniel. “That is why, while believers receive Holy Communion, we chant: ‘Receive the Body of Christ, taste the Fountain of Immortality.’“

Meanwhile, Orthodox leaders in South Korea — closer to China and the epicenter of the coronavirus crisis — have released stronger guidelines for priests, in reaction to warnings from national health officials. The first instruction states:

“During the Divine Liturgy, all believers will wear masks.”

Also, worshippers in South Korean parishes will be asked to follow these instructions:

Clergy in church traditions that use a common cup have spiritual reasons for believing what they believe. However, they also know that decades of secular research have failed to find significant risks linked to use of a common chalice. Looking at this “from a materialistic point of view,” said Damick, it helps to know that silver and gold chalices don’t harbor germs and that the alcohol in the wine used in Holy Communion can kill germs.

In the weeks ahead, it’s likely that religious leaders will release more statements addressing ways for believers to lower their risks and prepare for possible quarantines.

“I would not cancel services unless told to do so by my bishop. If local officials order people to close everything down, then I would call my bishop and ask him how to handle that,” said Damick. “What I hear our bishops saying is something like this: We are not going to stop doing the Orthodox things that we do. We are going to take some precautions.”