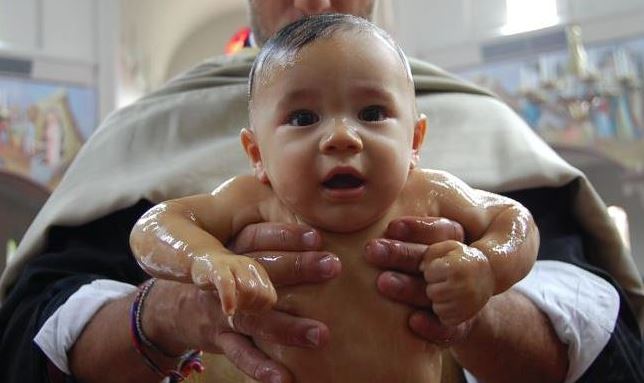 How long have Christians been baptizing infants? From the beginning.

“Being thirty years old when He came to be baptized, and then possessing the full age of a Master, He came to Jerusalem, so that He might be properly acknowledged by all as a Master. … He also possessed the age of a Master, not despising or evading any condition of humanity, nor setting aside in Himself that law which He had appointed for the human race, but sanctifying every age, by that period corresponding to it which belonged to Himself. For came to save all through means of Himself— all, I say, who through Him are born again to God — infants, and children, and boys, and youths, and old men.

So likewise He was an old man for old men, that He might be a perfect Master for all, not merely as respects the setting forth of the truth, but also as regards age, sanctifying at the same time the aged also, and becoming an example to them likewise.“

“The Church received from the apostles the tradition of giving baptism even to infants. The apostles, to whom were committed the secrets of the divine sacraments, knew there are in everyone innate strains of [ancestral] sin, which must be washed away through water and the Spirit”