Part three of our republishing of ‘The Contemporary Protestant Seder: Anachronistic Revisionism?’ by the Rev. Dr. Dcn. Timothy J. Wilkinson

Given the clear linkage between the Passover, the Seder meal, and the Eucharist – and the apparent lack of understanding of, or interest in this linkage – motives for participation in the Seder meal appear to fall into two categories. The first revolves around the well-known philo-Semitic evangelical desire for rootedness and connection with the early Church and its predecessor, the Jewish religion. Since the publication of Richard Foster’s Celebration of Discipline in 1978, ancient source literature, particularly as it relates to individual spirituality, has become attractive to many evangelicals.xxxiii In addition, in contemporary evangelicalism

“practices that used to be associated with a particular church tradition are [now] freely assimilated into other traditions.”xxxiv

For example, the emerging church movement is an attempt to create churches to be communities that

“practice the way of Jesus within postmodern cultures.”xxxv

Because they are unaware of or not interested in the history of the Church, the movement has tended toward “do-it-yourself tradition” that aims to reinvent the church, but without historical context. In his critique of the emerging church, author Simon Chan states what could easily be applied to many evangelicals:

“They seem to think of tradition as essentially a matter of beliefs or ideas rather than a history. They tend to retrieve selectively useful things from the Christian tradition…”

“appropriation of tradition tends to be eclectic and consequently their worship is reinvented with bits and pieces pillaged from the Christian tradition.” xxxvi The disconnect from Church history and tradition is not limited to new church movements.

President David S. Dockery of Union University in Tennessee complained that Baptists were no longer of one mind on first-order issues,

“such as the authority and truthfulness of the Bible, the deity and humanity of Christ, the Holy Trinity and the exclusivity of the Gospel.”

Further, he stated that 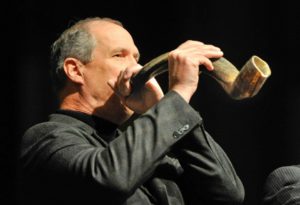 The historical amnesia present in evangelicalism can be characterized through a conceptual tool suggested by German Egyptologist Jan Assmann, which distinguishes between communicative and cultural memory. The former is shared and communicated through social groups defined by common memories (memory communities), actualized through verbal communications within a time span of 100 years. Communicative memory is unstructured, and

“has the character of private interpretation of the past; it is a group’s unofficial, every-day memory.”xxxviii

In contrast cultural memory is much less egalitarian in terms of who has the power to define and interpret the past. Cultural memory,

“is a group’s official memory and is intrinsically related to power and tradition.”xxxix

Assmann explains the content of cultural memory as all sign complexes, that is, not just texts, but also dances, rites, symbols, and the rest, that possess a particular normative and formative authority in the establishment of meaning and identity. Cultural texts lay claim to an authority that embraces society as a whole; they determine its identity and coherence. They structure the world of meaning in which society makes itself understood, and also the sense of unity, belonging, and individuality that can be handed down through the generations, thus enabling a society to reproduce itself as a recognizable group.xl

To the extent that American Christianity now reflects American culture, as opposed to embodying historically-based differences, it reflects communicative memory. It should therefore be expected that the evangelical practice of the Seder is part of today’s fashionable, popular culture. In contrast, the fact that the contemporary Seder is perceived to be based on ancient Jewish and Christian practices indicates that evangelicals involved in the Seder desire to connect with their Jewish and Christian roots. The Christian Seder may, therefore, constitute an effort to connect to the cultural memory of the Church, religious tradition, or/and the Jewish context of Christianity.

The foregoing discussion suggests two major motives for evangelical use of the Seder. The Seder may be simply a “neat” thing to do; a religious ritual that fits into the syncretic zeitgeist of contemporary American Christian practice. To the extent that this is the case it would be similar to the aforementioned ecological, gay rights, or Latin American Solidarity “Seders” of the past. The second possibility is that the evangelical Seder is an attempt to somehow bring forward an ancient practice in order to help participants feel connected to what has gone on before. Here proponents are attempting to foster continuity with the ancient Jewish/Christian tradition, however misguided or clumsy that attempt might be.

Observance of the Seder by Christians lends itself to two additional problems.

First, it is syncretic practice which subtracts from the religious integrity of the actual Jewish Seder. In his article, “Don’t Try This at Home,” Rabbi Gary M. Bretton-Granatoor makes this point in the following statement:

Of late, I still hear of Seders held by Christian groups – some even try a form of religious syncretism – applying new meanings to Jewish symbols (Why are there three matzos? Why are the matzos scored with holes? Why is the middle matzo broken?). Imagine how a faithful Christian would feel to see the intensely meaningful Eucharist appropriated by another religious group and changed by new explanations of the essential symbolic elements.xli

An atheistic Jew approximated this sentiment when I told her about the use of the Seder in evangelical churches. She asked with indignation,

“Why are they stealing my holiday?”

Especially given the unknown nature of the Seder at the time of Christ and widespread disagreement over what kind of meal was celebrated in the upper room, contemporary Christian appropriation of the Seder exhibits anachronistic revisionism.

In instances where the Seder is practiced in such a way that its integrity as a Jewish ceremony is left intact, the Christian element is likely to be incompletely addressed. After all, the entire point of Christianity is that “the Word became flesh and dwelt among us, and we beheld His glory, the glory as of the only begotten of the father, full of grace and truth” (John 1:14). Omitting the belief that Christ is God incarnate from a “Christianized” Seder would necessarily comprise the Christian content of the ceremony.

The second problem is that the early Church – the one that many contemporary Christians talk about but few actually study – was strikingly clear when it came to Christians participating in Jewish rituals. Christians who practiced Judaism were excommunicated.xlii

Sadly, the fact that the Early Church prohibited participation in Jewish rituals is both unknown to contemporary American Christians and, if it were known, would likely be of little importance. While such prohibitions may be unpleasant given our contemporary, pluralistic, and friendly approach to religion, there is no way to walk back from the stern prohibitions of the Fathers of the Early Church.

This paper began with an overview of how the Seder has been used and abused by a wide variety of groups over the decades. While the educational aspect of the Seder is hopeful, ignorance of Church history, doctrine, and liturgical theology mean that evangelical approbation of the Seder is doomed to be, at the very best, a poorly conducted lesson. In the theoretical terms of the aforementioned Egyptologist Jan Assmann, evangelicals drawn into the world of the Seder appear to be connecting with the cultural memory (official memory related to power and tradition) through a process of communicative memory (private interpretation of the past). This creates an artificial understanding of both ancient Jewish and Christian worship practices.xliii

While the attempt to connect with the Old Testament and our Jewish forebears is laudable, it would make a lot more sense for evangelicals to do so in the context of the historic Christian Church. It is sad that the emphasis on Sola Scriptura, and the subconscious anti-Catholicism that goes with it, has so dissuaded people from understanding where Christianity came from and how it developed. Chronocentrism is the disease of our age, and it finds no greater expression than in the contemporary, market-driven, nondenominational, mega- church movement. In this context the Seder is just another fad, like texting sermons or movie theatre seating for congregants. Once again, Rabbi Bretton-Granatoor’s article, “Don’t Try This at Home,” has an important message for evangelical Christians:

Therefore, those well-meaning folks who want to understand the vital Jewish community from which Jesus and his followers sprang would do well to study the history of the time and the literature of the intertestamental period, as well as the early rabbis and early church fathers. It is through that examination that a clearer and more accurate understanding of the foundational culture of the followers of Jesus might be divined.xliv

Amen to that, Rabbi!

†After the publication of this article I came across the following insightful observations in the commentary, The Gospel According to LUKE , where Professor Edwards states that the Lukan Last Supper was a Jewish Passover meal and then makes the following observations:

In representing the Passover, the Last Supper becomes the new covenant (v. 20). Jesus’ disciples are now not to remember the exodus, but Jesus himself. The presumption of Jesus to substitute himself for the exodus, the foundational event of Israel’s existence, is a clue to his messianic self –consciousness. That the meal now recalls Jesus rather than the exodus is powerfully illustrated in the Emmaus story, where “Jesus was made known to [Cleopas and his companion] in the breaking of the bread” (24:30, 35). …
“In the same way, after the supper he took the cup, saying, ‘This cup is the new covenant in my blood, which is poured out for you’” (v. 20). Since the cup of v. 20 is given “after the supper,” it must be either the third or fourth Passover cup. If, as Nolland suggests, Jesus shares his own personal cup with the Twelve in v. 20, then that cup is a concrete illustration of the disciples’ participation in Jesus’ self-sacrifice. … Like the old covenant at Mount Sinai, the new covenant must also be ratified by blood. In Hebrew thought the life of a creature resided in its blood; Jesus’ reference to the cup as “my blood” thus implies his very life … The new covenant instituted by Jesus is not ratified by the blood of a surrogate sacrificial animal, but by Jesus’ blood, which is not thrown onto believers as in Exod 24:8 but received into believers. In both the bread and wine

“the whole Jesus is present: his person in the bread, and his life in the cup” (Wolter, Michael. Das Lukasevangelim. HNT 5. Tübingen: Mohr Siebeck, 2008)

Read the entire series from the beginning by clicking HERE

Dr. Timothy J. Wilkinson is a deacon in the Orthodox Church of America, and is Professor and the Charles L. Boppell Dean of the School of Business & Management at Whitworth University. He earned a Ph.D. from the University of Utah, with a doctoral dissertation that examined subnational export promotion policy. Before coming to Whitworth, Professor Wilkinson taught at Montana State University Billings, The University of Akron, and Boise State University. Wilkinson’s has published seven books or edited volumes and 35 research studies, including Strategic Management in the 21st Century and International Business in the 21st Century. Articles for business people have been published in Business Horizons, MIT Sloan Management Review, and the Wall Street Journal. He is the author of The Customer Trap: How to Avoid the Biggest Mistake in Business.

Reprinted by permission of the publisher; all rights reserved

7 Jerome Kodell, The Eucharist in the New Testament. (Collegeville, Minnesota, The Liturgical Press, 1991), 44.

15 Cullen I.K. Story, “The Bearing of Old Testament Terminology on the Johannine Chronology of the Final Passover of Jesus,” Novum Testamentum XXXI, no. 4 (1989), 320.

22 Jerome Kodell, The Eucharist in the New Testament (Collegeville, Minnesota: The Liturgical Press) (1991), 42.

25 B. Williams and H. Anstall, Orthodox Worship: A Living Continuity with the Synagogue, the Temple and the Early Church (Minneapolis: Light and Life Publishing, 1990), 29.