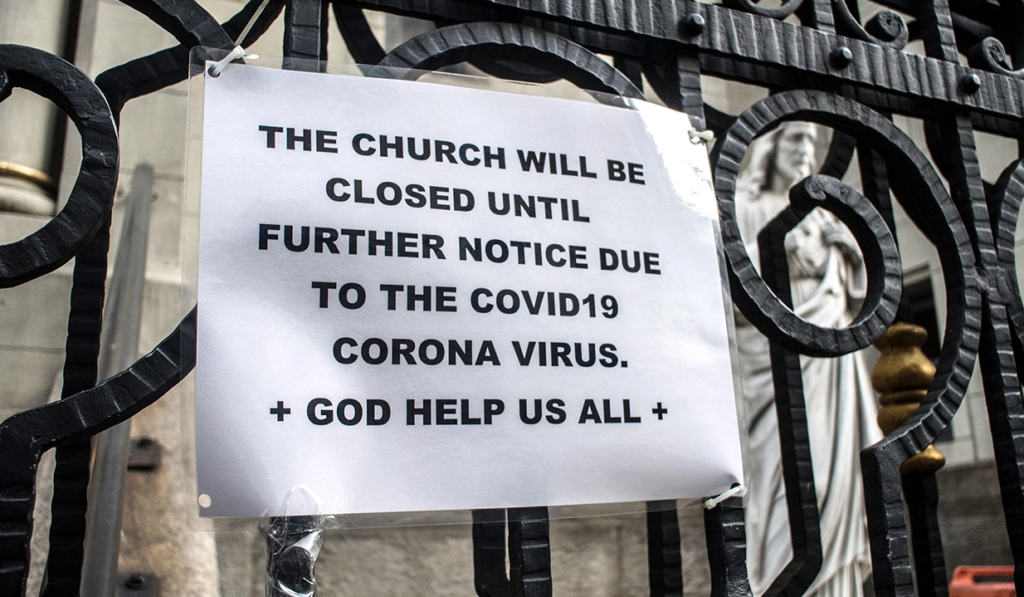 Tomorrow, my children, you do not know what laws will be enacted—in a few years who knows what kind of laws will be passed? There might be laws which will make it illegal for us to go to Church. What will we do then? Will we start to take into account the laws of the state when the impinge upon our faith?
Do not forget the martyrs, most importantly the ones who were soldiers, who fought on behalf of the Emperor. Whenever the Emperor’s decrees impinged upon their faith they said: “The first in order is the Heavenly King, and then the earthly.”

That is why I am telling you always to be ready and on guard, for we do not know what tomorrow will bring. I will only tell you this, the Antichrist will do this. He will shut down the Churches. And what’s more, he will not shut them down temporarily, but he will shut them down entirely when he comes to power.
A terrible persecution will be unleashed by the Antichrist, we know this with certainty, and our Holy Fathers have forewarned us about it—we must always be ready.

So what did the Prophet Daniel do with such a provocation? People came and reported him to the King, and he was threatened with being thrown into a den of lions if he was caught. What did he do? He did his duty. He was a man of his word, both to the King, but more importantly to the Lord.

What he did in his own home was of absolutely no concern to the King. He was going to do his duty regardless—and for this reason he did not hesitate to pray, and indeed to say his prayers in a room which had large windows. He did this not in order to provoke anybody, but because he had the habit of praying in this way—with the windows open, facing towards Jerusalem.
He did not want to provoke anybody, he simply did not want to change the custom at all. He resolved not to change the order [Typikon] of the services—not even in the least, because he was a faithful man.

Why could he not simply close his windows and pray inside so that nobody could see him? Because it wouldn’t have made any difference either way, his enemies would have simply climbed up onto and adjacent housetop and seen him inside and shouted, “See? He’s praying inside!” For they were ready to accuse him at the first chance they could get.

So do not be fearful. If we are afraid, we will not enter the Kingdom of God.

In the Book of Revelation the timid are precisely those who are afraid to confess their place and their stance as faithful, and they shall “have their part in the lake which burneth with fire and brimstone, which is the second death.”

You see my brothers the only thing to fear is fear. Fear of faithlessness. The odour of fearfulness and timidity is a sure sign that the enemy is hidden nearby.

When we see fear being wielded as a tool to control and hurt humanity—no matter the excuse, no matter the urgent need—we can be certain that the enemy has a hand in it.
Prayer, humility and obedience to God—these are the essential ingredients to make a fearless stance in the face of persecution.

– Elder Athanasios Mitilanios, Commentary on the Book of Daniel