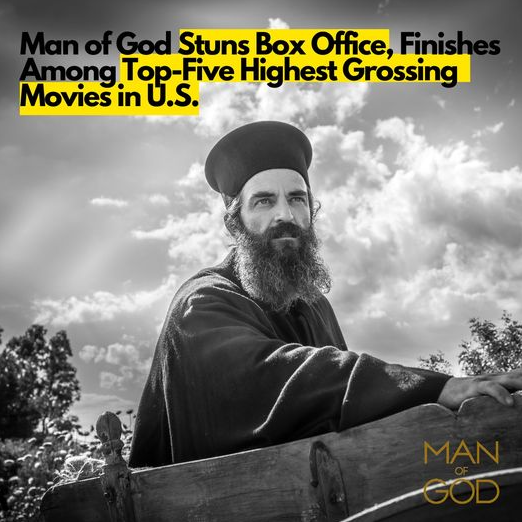 Theaters need to learn there’s a “huge” market for good, Orthodox, faith based and family friendly movies out there. If you make them, we’ll come and see them.

Man of God” was a box office success on the first night of its two-night-only release, finishing in fourth position among the top-five highest grossing films, behind “The Batman”, “Jujutsu Kaisen 0” and “Uncharted” on Monday, March 21.

“Man of God” was originally scheduled to be released in select theaters nationwide for one night only (March 21). But, due to popular demand, Fathom Events added another showing, on March 28.

Don’t miss your chance to see it on the big screen on March 28. Get your tickets now.
https://www.fathomevents.com/events/Man-of-God