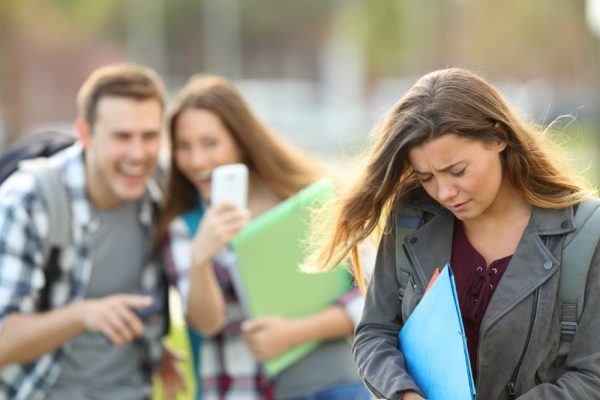 Back in my college days, when dinosaurs roamed the earth, I was a hippie and a spiritual seeker. The range of spiritual options on campus was broad, and I sampled a bit of everything: Ananda Marga Hinduism, Zen Buddhism, Hare Krishna, Transcendental Meditation. I say I was a “seeker,” but that’s not exactly right; I didn’t expect to reach a destination. I was, more accurately, a spiritual explorer, always traveling toward a new horizon.

There’s something about that era that I don’t understand, though. My friends and I savored all the more-esoteric religions, but for some reason we hated Christianity. We ridiculed it automatically, reflexively. The Jesus Freak movement had arrived on campus and, when I ran into newly born-again students, I enjoyed trying to shake their faith. I’d tell them that the myth of a dying-and-rising god isn’t unique to Christianity, but appears in religions around the world. I savored any opportunity for unsettling them and sowing doubts.

Christianity roused in us a kind of malicious delight, though I don’t know why. Somebody donated stacks of the paperback New Testament, Good News for Modern Man, and they were placed in all the dorm lobbies. My friend George, at his dorm, tore them up. When bystanders objected, he said, “It’s a bad translation.” We thought this was hilarious—a witty bit of revolutionary theater.

And we felt, for some reason, that Christians deserved this kind treatment. We told each other that it would do them good. I don’t remember how hearing their faith mocked and insulted was supposed to help them. But something stirring inside made us want to embarrass or sadden them. Other religions didn’t stir up this zestful cruelty; only Christians roused this desire to wound and gloat. The hostility was so inexplicable, yet so intense, that you’d almost think it was related to some unseen spiritual battle.

We told each other that Christians deserved this treatment because they were stuffy and judgmental. But the Jesus Freaks on campus weren’t like that. They looked like our fellow hippies, and were humble, cheerful, and generally amiable. We found that irritating. I would say,

“There’s something wrong with those Christians. They’re too clean.”

I think what was bugging me was their purity. There’s something about purity that attracts the malicious delight of those who don’t share it. Even when purity is just minding its own business, it still makes for an irresistible target.

The appreciation of purity hasn’t increased over the intervening decades; on the contrary, it seems like everything has been sexualized. If it’s not specifically sexualized, it’s crude. I stopped shopping for greeting cards some years ago (I just make my own), because it seemed like every one I picked up was organized around a fart joke. I stopped going out to see new movies, because gross-out scenes are so likely to suddenly jump out. When this coarsening began, a couple of decades ago, it seemed flatly juvenile, as if everything was being marketed at 13-year-old boys. In time, that passed. I don’t mean the crudity; what passed was the sense that it was juvenile. Now it’s marketed at everybody.

When I’m out with my little granddaughters, I’m aware that nearly any man we pass could have terrible images burned into his brain. That’s the world they will have to live in. When they’re a little older, they may unknowingly date such men. They may unknowingly marry one. (Remember, the next step is violence.) All their lives, my granddaughters will be walking through a porn-saturated community.

But that considers only the impact on them. What about the effect on the men themselves? What is it like to feel that your mind is no longer under your control, that you can no longer stop the rushing thoughts that repulse and frighten you?

That brings us back to the question of why purity would be hated. Those who continue to think, quaintly, that it is beautiful and worthy of honor are no threat to anybody’s freedom; their private opinion doesn’t impact anyone else. We are at a rare (perhaps unique) moment in history, in which everyone is free to seek any kind of sex they want. The old moral standards are long gone, and the prudes and scolds who guarded them have disappeared. Yet there’s still a craving to find someone to cast in that role, some disapproving square to shock. It’s not really rebellion if no one’s trying to stop you.

That’s why people who do see the beauty in sexual purity, who try to practice it and encourage others, can find themselves unexpectedly cast as the bad guy in a stranger’s drama. No wonder those who value purity tend to do so quietly, keeping their beliefs within the context of home, church, and community. Purity has become a deeply unpopular opinion, fit only for religious oddballs.

And yet, in other contexts, we all value purity. Don’t we want purity to be top priority at the local dairy? On a stroll through Whole Foods, how many times do you see the word “Pure” on packaging? Dozens of magazines have “Pure” in their title, apparently believing that it sells magazines. About the only thing our fractured nation agrees on the necessity of guarding nature’s purity.

Everyone understands the beauty of purity in other contexts. So why is sexual purity the exception? Why does it elicit a zesty, flavorful hate, and a desire to wound and sadden those who love it?

Oddly enough, in the Orthodox Church we hold up as an example—literally, on our iconstases—a man who was killed for denouncing sexual impurity. In his icon, St. John the Baptist stands on a desert landscape, with a bowl at his feet displaying his severed head. A scroll tumbles open from his hand:

See what they suffer,

Those who censure the faults of the ungodly;

Behold, Herod has cut off my head,

King Herod was “unable to bear rebuke” for marrying his brother’s wife; St. John was unable to stop rebuking. We know how that story ends, for St. John. But for King Herod nothing changed. He had not found St. John’s words persuasive, and continued in marriage with Herodias till his death.

Might anything persuade people to honor sexual purity, if they don’t instinctively sense its value? Persuasive words are hard to find, and even attempting to find them makes us look like tasty targets. Meanwhile, the world keeps advertising the availability of everything anyone might desire. What could ever change this situation?

Well, to take a very long view, there’s the fact that it’s false advertising. Wanting sex is not the same thing as having it. Every year, a fresh batch of 20-year-olds rolls off the conveyor belt, and every year everyone else looks a year older. Time is relentless. Attractiveness is fleeting. Alongside the exalting of “free” sex, the two-faced world maintains a barrage of ads for snacky, fatty foods; these may be irresistibly comforting in the wake of rejection, but they affect the figure in ways that render it ever more rejectable.

Some years ago I noticed that there was a word that, if I said it during a speech, the audience would freeze. The word is “loneliness.” The freedom to have no obligations to anyone else means, conversely, that no one has any obligations to you. The repercussions of that disconnection grow more terrible with each accumulating year. Sexual liberation has set us free, like an astronaut who cuts through his lifeline. Those annoying prudes and scolds of earlier days had influence because they represented, not their own private whims, but their community’s consensus. They vocalized the commonly-held opinion of the bounds of acceptable behavior. The price of being in a community is reckoning with those sorts of expectations; the price of not being in a community is despair.

To imagine that communal interdependence requires a very long view, and in the short term we’re not likely to be any more successful than St. John was. Even attempting to present the beauty of sexual purity is likely to attract only that mysterious malice. But we can continue to exhort and encourage each other, and in our private lives do our best not to let the team down. We can be very selective about the material we allow into our minds, because it’s very hard to get it out again. We will find no better advice than this: