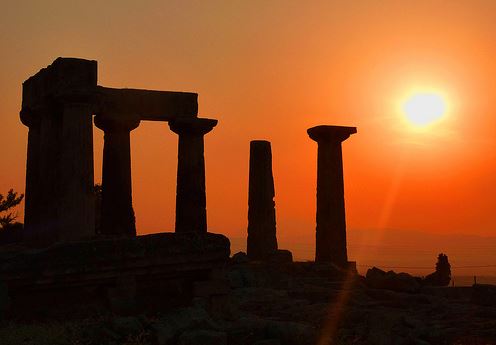 In light of the terrible earthquake in Anchorage, Alaska, we offer this homily by St. John Chrysostom, Archbishop of Constantinople, on the occasion of an earthquake in his day.

We spent three days in prayer; let us not relax our zeal. This is why the earth quake came: because of our laxity. We relaxed, and we summoned the earthquake; we renewed our zeal, and we drove away His anger. Let us not relax again, or we may again summon His anger and His retribution.

Consider, if God had chosen to demolish everything, what we would have suffered. I say this, so that the fear of these events may remain sharp in you and may keep everyone’s resolution firm. He shook us, but He did not destroy us. If He had wished to destroy us, He would not have shaken us. But since He did not wish to destroy us, the earthquake came in advance like a herald, forewarning everyone of the anger of God, in order that we might be improved by fear and prevent the actual retribution. He has done this even for foreign nations.

“Yet three days, and Nineveh shall be overthrown.”

“Because I do not wish to destroy, for this very reason I threaten.”

So what do You say?

“Lest I do what I say, let My word go in advance and prevent My deed.”

“Yet three days, and Nineveh shall be overthrown;”

then the prophet spoke, today the walls send out a voice. I say this, and I do not cease saying it, both to the poor and to the rich: consider how great God’s anger is, how easy and simple everything is to Him; and let us abstain from evil! In a brief moment of time He shattered the mind and resolution of each one of us, and He shook the foundations of our hearts.

Let us consider, if on that terrible day, when instead of one moment of time there will be endless ages, rivers of fire, threatening anger, powers dragging us to judgment, a terrible judgment seat, an incorruptible court, and the deeds of each one set before our eyes, no one to help, neither neighbor, nor counsel, nor relative, not a brother, not a father, not a mother, not a friend, not anyone else— what will we do then? Tell me. I bring fear to you in order to prepare your salvation.

I have wrought a lesson sharper than steel, so that each of you who has a gangrenous sore may cut it away. Have I not been asking all along, as I ask now, and do not cease asking, how long will you be attached to the things of this world? I am speaking to all of you, but especially to those who are ill and do not heed what I say. Or rather, the sermon is useful for each of you: for the ill person, to make him well, and for the healthy person, to keep him from falling ill. How long does money last? How long does wealth? How long ostentatious houses? How long the frenzied quest for pleasure in material things?

See, the earthquake came: how did wealth help anyone? The labor of both rich and poor was shattered. The possession perished along with the possessor, the house along with the builder. The city became the common tomb of all, a tomb not constructed by the hands of craftsmen but prepared by the disaster itself. Where was wealth? Where was greed? Do you see that everything was slighter than a spider’s web?

Did you see how in a brief moment of time He brought everything together?

Do you understand what I am saying?

Punishment is not as grievous as sin, for sin is the reason for the punishment. If you see someone with a putrefying sore, and worms and discharges coming from his body, and you see him neglecting his infection, but you see another person with the same affliction benefiting from the hands of physicians, from cautery and surgery and bitter-tasting medicines, for whom will you grieve? 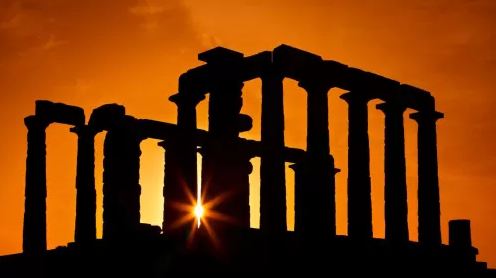 Apparently he is not ill, he has a good reputation in spite of his thefts, he enjoys honor and authority, he does not endure any of the troubles which afflict mankind—no fever, no paralysis, nor any other disease—a chorus of children surrounds him, his old age is comfortable; but you should grieve most for him, because he is indeed ill and receives no treatment. I shall tell you how.

If you see someone afflicted with dropsy, his body swollen with a painful spleen, and not hurrying to the doctor, but drinking cold water, keeping a Sybaritic table, getting drunk every day, surrounded with body-guards, and aggravating his disease, tell me, do you call him lucky or unlucky? If you see another person afflicted with dropsy, benefiting from the care of doctors, purging himself with hunger, with great difficulty braving his bitter medicines which are painful but bring forth health through pain, do you not call this person more fortunate than the other?

It is agreed: for one is ill and is not treated, but the other is ill and benefits from treatment. But, you may say, the treatment is painful. But its purpose is beneficial.

Our present life is like this also, but you must change the words from bodies to souls, from diseases to sins, from the bitter taste of medicines to the retribution and judgment from God. What the medicines, surgery, and cautery are for the physician, chastisement is for God.