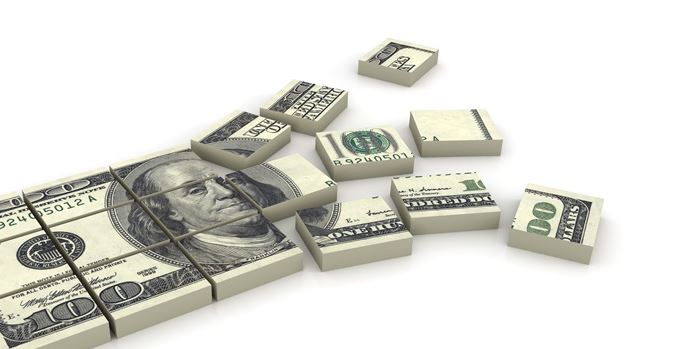 “…If you were Abraham’s children, you would be doing the works Abraham did…” – John 8:39

If you want to know the spiritual state and strength of a church, just look at its stewardship report.

Is tithing a New Testament practice and a teaching in our Holy Tradition? Why does the Church talk about money? Because dealing with money is a spiritual matter, of the highest order. Fr. John Whiteford discusses the practice and meaning of tithing, ancient and modern.

Tithing was the practice of giving ten percent of one’s “increase” to God. By increase, this meant that whatever one’s labor managed to acquire, the first ten percent of it was the Lord’s. Tithing was included in the Law of Moses, but it actually predated that law, because we see in Genesis 14:18-20 that Abraham also tithed. To fail to tithe was to rob God (cf. Malachi 3:8-10).

When we tithe, we recognize that God is the source of all that we have, and by giving back the first ten percent, we give thanks to God, and show that we trust God to continue to provide for our needs, rather than clinging to what we have, because we have no such trust.

While tithing was clearly an obligation in the Old Testament, there is nothing that either specifically affirms that it is obligatory to Christians, nor anything that says that it is not. There is a great deal said about the need to give to the poor, and to support the work of the Church, but whether this was done by tithing is not stated. So to answer the question of what Christ taught the Apostles in this regard, and what the Apostles taught the Church, we must look to Tradition.

“firstfruits” to support prophets, teachers, and the poor, “according to the commandment” (Didache 13:8).

The giving of firstfruits in the Old Testament was an aspect of the tithing system, and so when it speaks of doing so “according to the commandment,” this suggests that tithing at least as some application for Christians.

“We are bound, therefore, to offer to God the first-fruits of His creation, as Moses also says, “Thou shalt not appear in the presence of the Lord thy God empty;” so that man, being accounted as grateful, by those things in which he has shown his gratitude, may receive that honour which flows from Him.”

“So that in this case the greatness of the sin will make such an one go away with the devil. Woe to him, it is said, who doeth not alms; and if this was the case under the Old Covenant, much more is it under the New. If, where the getting of wealth was allowed, and the enjoyment of it, and the care of it, there was such provision made for the succoring the poor, how much more in that Dispensation, where we are commanded to surrender all we have? For what did not they of old do? They gave tithes, and tithes again upon tithes for orphans, widows, and strangers; whereas some one was saying to me in astonishment at another, “Why, such an one gives tithes.” What a load of disgrace does this expression imply, since what was not a matter of wonder with the Jews has come to be so in the case of the Christians? If there was danger then in omitting tithes, think how great it must be now.”

St. John Chrysostom’s point is that it is not only wrong to assume that Christians don’t need to be concerned with tithing, but that it is an even greater obligation now than it was in the Old Testament, and that we should do more than simply give tithes.

We know that St. Vladimir practiced tithing because the first stone Church in Kiev was built with money he tithed, and was nick-named, “The Church of the Tithes” (Десятинна Церква).

We are stewards of all that God has given us, and this includes not only our money, but our time, and our talents. God has given them for us to use to his glory. Of course we have an obligation to take care of our families and to meet our own needs, but we also are to use these things to take care of others, especially the poor, and we also need to support the work of the Church, both on the parish level, but also on a wider scale so that the Church is able to do all that it needs to do to proclaim the Gospel and strengthen the faithful.

If every Orthodox Christian took this concept of stewardship seriously, the results would be astounding. If everyone in the Church simply tithed (not to mention going beyond it), the Church would be able to do so much more in the world that we would see great fruit like we have not seen, in recent memory. But as it is, we are far more limited in our ability to do what God has called us to do, and this is a sin that we should all repent of.