Three Saints on the Range?! From Chisholm, MN!? Believe it or not, our small but rich corner of the American Heartland has, besides its natural beauty and good people, three bona fide saints. These three saints lived on the Range in the 1920s and 1930s. Their names are Sts. Teofan Beatovich, Matej Stiyachich, and Bogolyub Gakovich.

All three men were parish priests who served in the Orthodox parish of St. Basil in Chisholm. All three were immigrants from Yugoslavia.

Although they lived and worked in America they met a martyr’s end having returned to Yugoslavia during the Second World War.

Many of you are not very familiar with what a saint is. Think of them as heroes who gave their lives for God. The Orthodox Church glorifies them (proclaims them saints) so that their descendants learn from history, and honor their sacrifice, and aspire to follow their example should the need arise. 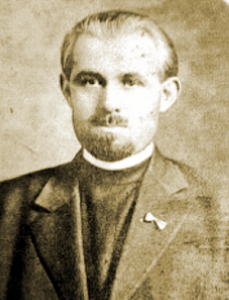 St. Teofan Beatovich was a priest monk who lived the longest out of the three in Northern Minnesota. He lived in Chisholm and in Minneapolis. He worked for the Red Cross in Minneapolis for about 20 years. In 1939, he left Northern Minnesota for Montenegro, Yugoslavia, for unknown reasons. In Yugoslavia, St. Teofan joined a monastery in the remote location of Kosiyerevo. On Christmas eve in 1942, communist partisans, in their militant atheism, stormed this peaceful monastery with weapons drawn and dragged St. Teofan out of the monastery. They killed him and threw his body into a deep pit by the town of Vidno. His body was never recovered and the later communist government of Yugoslavia banned any excavation. 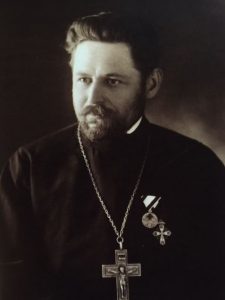 St. Matej (Mah-tey) lived in Chisholm at the end of the Roaring 20s. He was a married priest with several children. He also served in other parishes in the United States before and after living on the Range. Due to the Depression, priests moved more regularly from parish to parish much like everyone else moved to find work. He returned to his homeland of Lika, Yugoslavia to the village of Smilyan — probably to find work – to the parish where Nikola Tesla, the great Serbian American Inventor and starter of the modern technological world, was born. (Interestingly, Tesla’s father, Milutin, had been the Orthodox parish priest in Smilyan many years before).

Fr. Matej was arrested in 1941 by the Nazis who had by this time invaded a large portion of Yugoslavia. He was arrested for merely being a Serbian Orthodox priest. He was taken by the Nazis to the notorious Gospich Prison Camp where he endured daily beatings from the guards under interrogation. As witnesses stated he was barely moving after those beatings. After a period of time he was taken to the Velebit Mountains to the Concentration Camp Yadovno where he was killed and his body thrown into a deep stone pit in the mountains. A person could not climb out of such a deep pit without a rope being lowered. It was only after the fall of Communist Yugoslavia in 1991 that excavations of these pits were permitted. 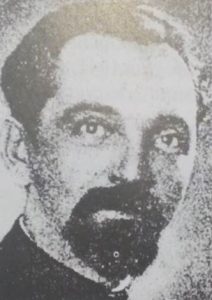 St. Bogolyub came to the United States in 1928 and then to the Iron Range in 1932. He and his wife, Kseniya, had three boys. Along with the parishes on the Iron Range he served in Steelton, Chicago, and Kansas City. During the Depression, he worked very hard to activate church life among the Orthodox on the Range. He returned to Plashki in Lika, Yugoslavia, in 1935. In June of 1941, he was arrested by the Nazis, and with his bishop and others was confined to a barn for a month. After a month of suffering, he was taken to Gospich prison, then to Yadovno Camp. There they tied his hands and tied his arms to another person and one of them was shot in head and pushed into the deep pits dragging the other person down to die either of the drop or dehydration/starvation.

All three were glorified as martyrs by the Orthodox Church in 2004. May they pray for the Range and all of America.