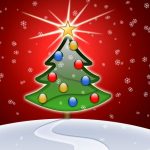 by Fr. Daniel Daly Several years ago during the Christmas season, a religious program on television caught my attention. The program featured a discussion on the dangers of cults, especially to young people. I found myself agreeing with the panelists as they warned young people about the hazards of involvement in occult or “new age” spirituality. During the interview, however, one participant made a statement that shocked me. “…and the Christmas tree is pagan too…,” he asserted. The Christmas Tree? Pagan? Could it be that something most of us enjoy so much might be actually pagan in origin? Despite its growing commercialization, the Christmas tree is still associated with the … END_OF_DOCUMENT_TOKEN_TO_BE_REPLACED