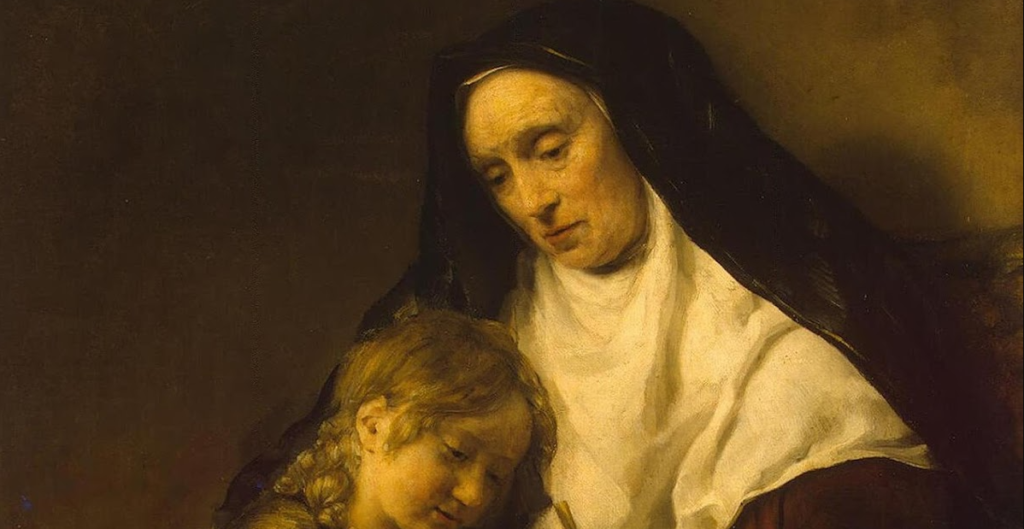 Before he ever met the Apostle Paul, the life of young Timothy was already full of blessings. Indeed, Paul himself, among the last lines he wrote on this earth, reminded Timothy of those blessings:

“But you must continue in the things which you have learned and been assured of, knowing from whom you have learned them, and that from childhood you have known the Holy Scriptures, which are able to make you wise for salvation through faith which is in Christ Jesus” (2 Tim. 3:14–15).

Both Paul and Timothy knew who were the latter’s first teachers of Holy Scripture. Paul wrote earlier in this same epistle,

“I call to remembrance the genuine faith that is in you, which dwelt first in your grandmother Lois and your mother Eunice, and I am persuaded is in you also” (1:5).

These two women, Timothy’s mother and grandmother, had raised him, not only in the faith but also in the study of the Sacred Writings, ta hiera grammata—sacred grammar. It was this early study of Sacred Letters, carried on in the home, that grounded the soul of young Timothy and prepared him to become, in due course, an apostle of the Church and the bishop of Ephesus. The whole Church, for the past 2,000 years, owes to these two women an immense and unpayable debt of gratitude.

When, as a child, Timothy was taught the grammar of Holy Scripture, what did he learn from Lois and Eunice? Many things, to be sure, but let us consider three benefits to be ascribed to that early instruction in God’s Word.

First, Timothy learned to take possession of his heart. The rich and varied stories enabled him to make sense of his heart. Placing his young soul under the authoritative guidance of Sacred Grammar, Timothy learned who he was, his place in this world, what God expected of him, and what he could expect, both during his life and at the end of it.

The stories of the Bible, assimilated in the context of his family, gave shape to Timothy’s moral imagination, conferring on his conscience a narrative moral sense. These biblical stories gave imaginative organization to his mind. He was enabled to inform his personal life from the stories of the Bible. From these stories, learned especially in the setting of his home, Timothy was educated in the habits of the heart. He was, in the full, rich sense of that word, indoctrinated, sacred doctrine being placed in the heart and mind, giving formation to his character.

Timothy learned, from inside, the Bible’s perspective on the world. He slowly became versed in the narratives, poetry, and maxims that would enable him to organize his own heart, give structure to his soul, and imaginative, rational formation to his conscience. All of this is to say that Timothy was the blessed recipient of a biblical culture.

Second, the study of the Bible, for Timothy, was not a private thing. Thanks to the two older generations that instructed him, Timothy was enabled to read Holy Scripture through the eyes of the living Sacred Tradition, in which alone the Bible is properly understood.

After all, there is no such thing as a private culture. All culture is traditional culture. It is not a commodity that can be purchased. By definition, a culture can only be inherited. All culture is necessarily transgenerational.

This is true of biblical culture as well. It is social. Timothy’s study of Holy Scripture was a great socializing agent in the formation of his character. By it he became one with his own history, including his family’s history, where he assimilated the organizing influences of a biblical worldview.

In Timothy’s case, the transmission of this biblical culture was a difficult task. Timothy’s father was apparently not a believer (Acts 16:1), so the young man did not enjoy in his home the benefit of what the behavioral sciences today call a “male role model.” Timothy learned his faith and Sacred Grammar from the women in the household, and the experience seems not to have hurt him at all.

Third, from Eunice and Lois, Timothy learned to take his place in the continuance of biblical history. After all, the Bible not only records history, it also creates history. By this I mean that the Bible, as written down, read, and proclaimed in the ongoing community of faith, influences and directs the course of history. The Bible changes history by changing the lives of those who come under its transforming power—both Timothy and ourselves.

Thanks to two wise women, a godly mother and a devout grandmother, this was also Timothy’s history.