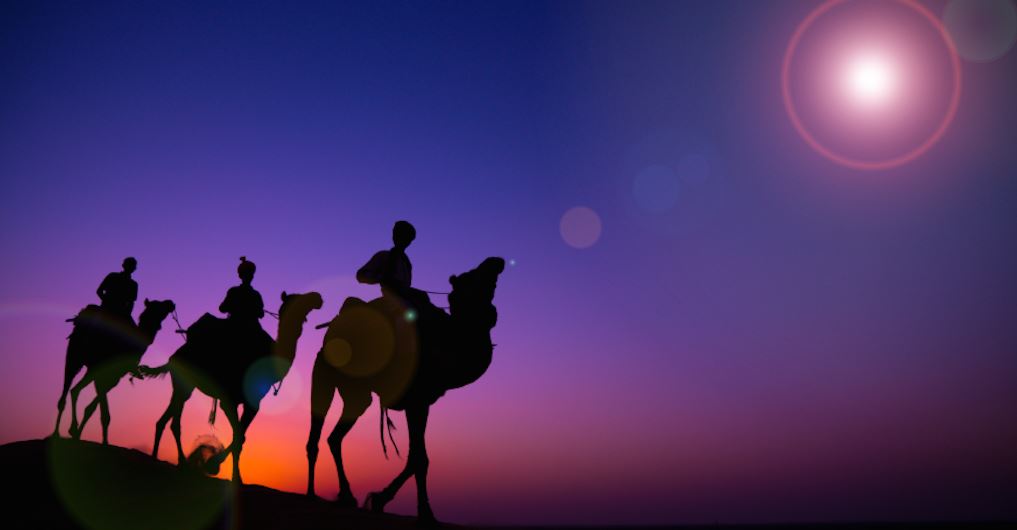 Why do we celebrate the Nativity of Christ on December 25th?

There’s a lot of myth and distortion, as well as outright deception, regarding why Christians celebrate Christmas on December 25th. Much of it is borne of ignorance, but Christians especially should be aware that the Church is a reliable and authentic bearer of truth, and a faithful witness of God’s interactions with man in history.

You’ve probably seen many of the strange claims about it – that pagan figures such as Horus, or Mithra, or Dionysius, or some other pagan deity had 12 disciples, was born of a virgin, etc. They are all completely false, and even a cursory examination into these claims reveals their falsehood.

Likewise, we often hear that Christians decided to ‘Christianize’ various pagan celebrations in an attempt to be relevant in the ancient world. I know, almost laughable when taken seriously, but let’s see what it takes to debunk them. 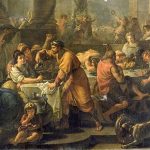 Saturnalia was an ancient Roman festival in honor of the god Saturn, held on December 17th. Later it was expanded with added festivities to last through to 23 December.

Saturnalia, far from being a somber celebration of joy, was a riotous Mardi Gras-style celebration.

Even so, the dates always off. 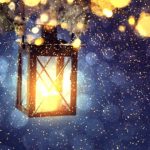 It hasn’t fallen on December 25th since the time the Julian calendar was created (46 b.c.).

Again the dates do not match up.

The Nativity of Sol Invictus 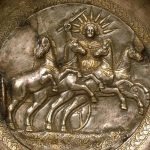 The pagan Emperor Aurelian introduced the cult of the Sol Invictus (“Invincible Sun”) to Rome in AD 274. However,  there is literally no historical record for a celebration Sol Invictus on December 25 prior to AD 354. That’s after the Council of Nicea! Even in AD 354, the date is simply referred to as “Invictus” without any mention of a birthday. The date only explicitly became the “Birthday of the Invincible Sun” a few years later, under (guess who) Julian the Apostate, the Emperor who had been a Christian but who had apostatized and returned to Roman paganism. History reveals that it was an Emperor (who hated Christ) that established a never-popular pagan holiday on December 25. It is clear just from the dates that the pagan celebration of the Nativity of Sol Invictus was instituted by a apostate, pagan Emperor over an already existing, wide spread and popular Christian holiday in Rome.

Shepherding in the Snow? 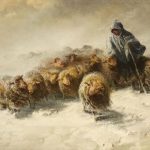 This is my favorite one. “Jesus could not have been born in December,” the objection goes, “because the shepherds were watching their flocks in the fields by night. Shepherds don’t take their flocks out in the snow! Bam!”

Well, Bethlehem in Judea is not England, Russia, or Alaska. Bethlehem has a latitude of 31.7. Dallas, TX, by comparison, has the latitude of 32.8, and is therefore further north than Bethlehem, and it’s still rather comfortable outside in December. Many visitors to the holy land and Mediterranean have remarked on seeing flocks in the fields guarded by shepherds in December very naturally for millennia.

The Fathers – the Sure Guides of Reliable Christianity

You’ve probably never heard of Theophilus of Caesarea. He was born in AD 115! That’s before ‘scholars’ say the book of Hebrews was written!

Theophilus of Caesarea (A.D. 115-181), Clement of Alexandria (AD 153-217), and Hippolytus of Rome (A.D. 170-240) represent the three earliest traditions we have about the date of Christ’s birth. Hippolytus and Theophilus explicitly state that the day of Christ’s birth was on December 25th.

“We ought to celebrate the birthday of our Lord on what day soever the 25th of December shall happen.”

“For the first advent of our Lord in the flesh, when he was born in Bethlehem, was December 25th, a Wednesday, while Augustus was in his forty-second year, but from Adam, five thousand and five hundred years.  He suffered in the thirty-third year, March 25th, Friday, the eighteenth year of Tiberius Caesar, while Rufus and Roubellion were Consuls.”

Clement, being from Egypt, used the Egyptian calendar, so he mentions a different ‘date’, but taking into account the differences between Solar and Lunar calendars, additions of leap year months (differently applied by Egyptian and Athenian calendars), and the conversions to Roman and Jewish calendars (not counting about 12 other areas that had their own calendars!), it is abundantly clear that Clement was referring to the exact same day and date for the birth of Christ – December 25th.

The dating scheme recorded by Clement Alexandria contradicts basic gospel facts if taken as is directly from the Egyptian calendar, but if interpreted as misapplied from the Athenian calendar, based upon dates originating in the Roman and Jewish calendars, all difficulties and contradictions are resolved and Clement is found to agree with other early writers who place Jesus’ birth on Dec. 25th.

We can discover that Christ was born in late December by observing first the time of year in which Saint Luke describes Zacharias, the father of John the Baptist in the temple. This provides us with the approximate conception date of John the Baptist.

St. Luke the evangelist reports that Zacharias served in the “course of Abias” (Luke 1:5) which Scripture records as the eighth course among the twenty-four priestly courses (see 1 Chronicles 24:10). Each course served one week in the temple for twice each year. The course of Abias served during the eighth week and the thirty-second week in the annual cycle.

This means that without a doubt, the priestly course of Abias (the course of Saint Zacharias) was serving during the second week of the Jewish month of Tishri – the very week of the Day of Atonement on the 10th of Tishri.

In our calendar, the Day of Atonement on 10th Tishri lands anywhere from September 22 to October 8. 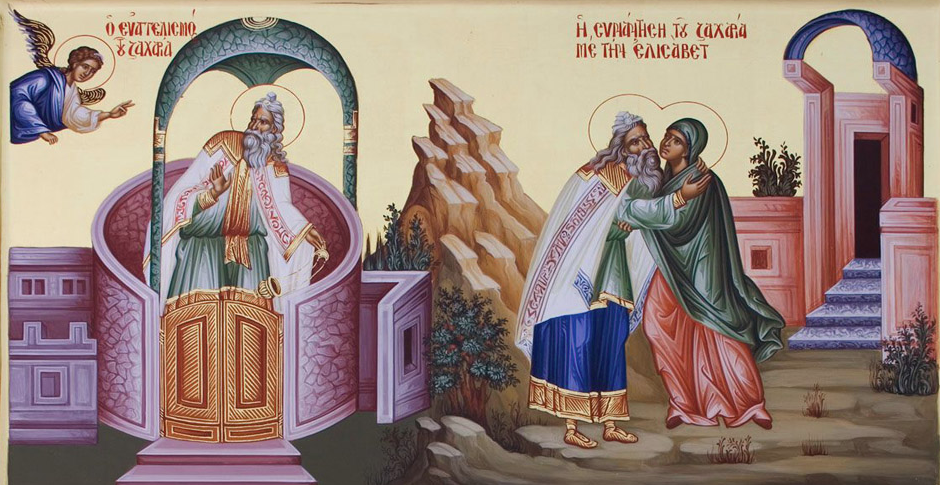 The Infancy Narrative or Protoevangelium of James also confirms a late September conception of the Baptist since the work depicts Saint Zacharias as High Priest (he was one of the chief priests, but not THE High Priest) and associates him with the Day of Atonement, which lands on the tenth day of the Hebrew month of Tishri (roughly the end of our September).

From there, the rest of the dating is simple. We read that immediately after the Theotokos and Ever-Virgin Mary conceived Christ, she went to visit her cousin Elizabeth who was six months pregnant with John the Baptist. This means that John the Baptist was six months older that our Lord Jesus Christ (Luke 1:24-27, 36).

Add six months to June 24 and it reveals December 24-25 as the birthday of Christ.

Why the alternative dates?

There was speculation in the early church about what time the birth of Christ took place on the night he was born. Many speculated that 8 pm was the time, and not being certain, those who did not know just assumed it occurred at midnight (Wisdom of Solomon 18:14-16) on the 25th. As this speculation of 8 pm was forgotten, the default date of December 25th was accepted by all.
Subtract nine months from December 25 and it reveals that the Annunciation was March 25, six months after the conception of John the Baptist. All the dates match up perfectly.

So then, if John the Baptist was conceived shortly after the Jewish Day of the Atonement, then the traditional Orthodox dates are correct.

Hence the birth of Christ would be on December 25, and it is celebrated as such to this very day.

Wait, what about January 7th? 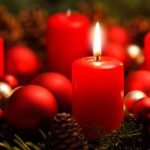 For those churches utilizing the Julian calendar (often referred to as the Old Calendar), December 25th falls on what is today on our civil calendar January 7th. In 100 more years, it will shift again, and December 25th will fall on January 8th.

Everyone celebrates Christmas on December 25th.

For some using a different calendar, that date falls 13 days later.

Was Jesus Really Born on Dec 25?