Serbian Bishop of America and Canada

Our father among the saints Mardarije (secular name Ivan Uskoković, Иван Ускоковић; December 22, 1889 – December 12, 1935; also Mardarius) was the First Serbian Bishop of America and Canada. He was glorified as a saint on May 29, 2015, and his feast day is celebrated on December 12.

Bishop Mardarije was born in Podgorica on December 22, 1889, to father, Pero, who was a tribal captain and mother, Jela, née Bozovic. He finished elementary school in Cetinje where he started high school, continuing in Belgrade. Leaving high school in his fifth year, he went to Studenica Monastery. In 1906, with the blessing of Bishop Sava (Barać) of Zica, he took monastic vows and was ordained a deacon.

He graduated from the seminary in Kishenev where a collection of his sermons was published. From here he went to St. Petersburg, graduating from the Theological Academy in 1916.

As a theological student Hieromonk Mardarije, at the behest of the holy prisoners’ camps in Siberia, Turkestan, and Bukhara, journeyed to deliver lectures and talked to prisoners of Slav extraction from Austro-Hungary. 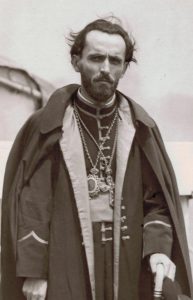 Archimandrite Mardarije was consecrated Bishop in the Orthodox Cathedral in Belgrade on April 25, 1926, by Patriarch Dimitrije and the Bishop Danilo of Dalmatia and Istria and Bishop Serafim of Zletovo and Strumica. Also present at the consecration and Liturgy was Gordon Paddock, Chargé d’Affaires at the American Embassy in Belgrade.

Bishop Mardarije arrived in his Diocese in New York on July 1/14, notifying Patriarch Dimitrije of this by telegram, and sent his first Report to the patriarch in early September, 1926.

In his first hierarchic message to the clergy and people, Bishop Mardarije acknowledged all, including the deceased, “who had worked for the welfare of the Serbian Church in America.”

A wide range of activities awaited the first Serbian bishop in America and Canada. Bishop Mardarije did not spare himself nor did he fear work, though he knew he was gravely ill. Bishop Mardarije convened the first National Church Assembly of the Serbian Orthodox American-Canadian Diocese with his Fourth Archpastoral Message for September 1, 1927, at St. Sava Monastery in Libertyville, on the basis of the Resolution adopted at the National Assembly in Chicago on May 29, 1927.

Bishop Mardarije died on December 12, 1935, and was buried on December 18, 1935 at St. Sava Monastery in Libertyville, which, together with the Serbian people, he had built at great sacrifice and superhuman effort. 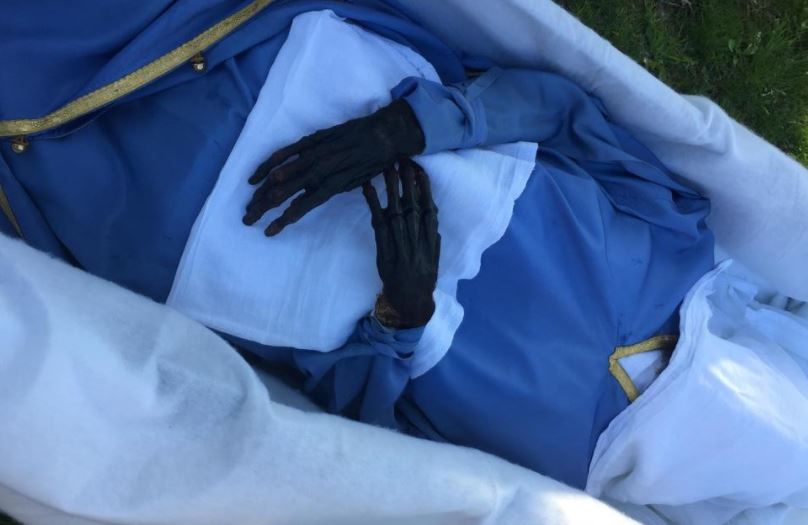 By the blessing of His Grace, Bishop Longin of New Gracanica and Midwestern America, the relics of St. Mardarije (Uskokovic) were uncovered on May 5 in the church of St. Sava Monastery in Libertyville, IL, where they have laid since his December 1935 burial.

The opening of his relics, in advance of his July 14-16 Pan-Orthodox glorification services, revealed his relics to be incorrupt, reports Fr. Nikolaj Kostur, the Chairman of the Liturgical Sub-Committee for the Glorification of St. Mardarije, on the site of the Serbian Orthodox Church in North and South America.

His tombstone and the flooring over his relics were removed following a Liturgy and Akathist served by His Grace Bishop Longin on May 4, revealing that his casket was in a cement vault, which was opened the following day. “Christ is Risen” and other Paschal hymns and the troparion to St. Mardarije were sung in Serbian and Russian tones throughout the exhumation process.

His casket was cracked during the removal process, releasing a sweet fragrance that quickly dissipated. Upon careful inspection of his relics, Fr. Nikolaj Kostur discovered that St. Mardarije’s hands were wholly intact, with skin, fingernails, and hair visible. After carefully removing the vestments in which he had been buried, they found that his relics are in fact incorrupt from the knees up. His hair and beard are still soft, as if he had been buried yesterday. St. Mardarije’s relics were then washed with warm water and white wine and anointed with spikenard, and placed in a sticharion, awaiting their full vesting before his glorification in July.

St. Mardarije labored tirelessly in America, and personally founded the St. Sava Monastery where he was buried after his repose on December 12, 1935. The Holy Synod of the Serbian Orthodox Church added his name to the diptych of saints on the Church’s calendar at its May 29, 2015 meeting.